Can Christians Have Grace without The Law? 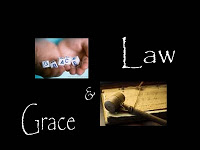 How Do You Tell If Someone Is Truly Saved?

I was interviewed by a Christian radio host. He asked me if I believed people are saved just by excepting Yeshua (Jesus) or do that have to do something else to receive salvation. This video is my answer.

This is a study on the 2nd Torah Portion of the book of Numbers. It covers information about purifying the camp, Nazirite laws, and offerings of dedication. 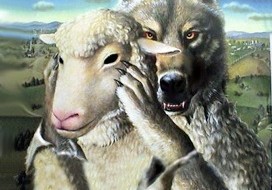 This is part 20 in the Yeshua said series.
In this video I talk about what Messiah Yehsua says about these verses:

Beware of false prophets who come disguised as harmless sheep but are really vicious wolves. You can identify them by their fruit, that is, by the way they act. Can you pick grapes from thornbushes, or figs from thistles? A good tree produces good fruit, and a bad tree produces bad fruit. A good tree can’t produce bad fruit, and a bad tree can’t produce good fruit. So every tree that does not produce good fruit is chopped down and thrown into the fire. Yes, just as you can identify a tree by its fruit, so you can identify people by their actions.  -Matthew 7:15-20

Who Is Israel? The two sticks of Ezekiel 37 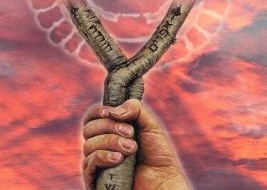 Batya and Angus Wootten started the Messianic Israel Alliance to teach about The Two Stick of Ezekiel 37. That is the two authorities of Messiah in Judah and in Joseph. Their website is http://www.messianicIsrael.com

In Ezekiel 37 we have a prophecy of two becoming one. We have the prophecy of the two sticks uniting and becoming one stick. In this prophecy we see dual anointing and dual authority in Our wonderful Creator. They are the authorities of Judah and of Joseph. The meaning of the prophecy is abundantly clear. They are both destined to become united to and become one.
Ezekiel saw two sticks that became one. (Ezek 37)
There was the stick of Judah and the stick of Joseph.
They appear to be the two authorities of Our Creator upon this earth.

Out of Judah comes the Lawgiver, ruling from the Throne of David. (Gen.49:8-12)
He is the Lion of the tribe of Judah, our coming Messiah.

Joseph’s coat of many colors is seen out in the nations. It is covered with blood, even the blood of God’s martyrs. But out of Joseph comes the ministry of grace in the Gospel. The Light of Israel goes out into the nations. Joseph brings salvation to his brothers, and the world. He feeds them the Bread of Life.

Are You Prepared For The End Times? 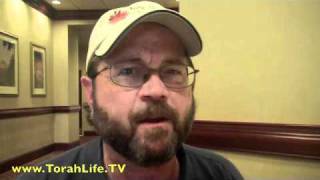 Today, Bible Teacher Brad Scott asks the question, what if the end times are not coming as soon as so many think? Are we preparing our children to be ready for the future? And if they do come during our time, are we even prepared?