Today is a sad day

Learn More about Valasta Astaxanthin and order at this link:
https://www.rawlife.com/valasta-liquid-astaxanthin-50ml-

3 Keys to a successful marriage

If you are thinking of getting married or struggling in your marriage these 3 keys will help you succeed in having a blessed marriage. Help, Love and Prayer.

by tlmadmin on February 04, 2021 in with No Comments
This topic will offend many people but Yahweh has put it on my heart to share it and I do believe society will be blessed if women wore modest long skirts instead of pants.
It is not my goal to convince you to agree with me, but it is my responsibility to share scriptural principles from the Bible. What you do with that is up to you. Shalom
Share on Twitter
Share 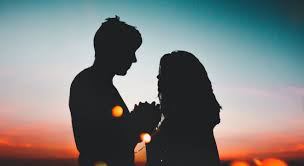 by tlmadmin on December 26, 2020 in with No Comments
Looking for someone to share your life with? Or do you want to make sure you don’t lose the one you have? See this video…
Share on Twitter
Share

www.sufferwell.org
The Kingdom of Heaven has been forcefully advancing, and violent men take it by force [as a precious prize—a share in the heavenly Kingdom is sought with most ardent zeal and intense exertion within]. (Matthew 11:12)

We must continually climb higher. Yesterday’s thoughts should always stand under the scrutiny of today’s new heights of revealed wisdom and understanding. Yes loved one, every day should be a day of advancement, stretching vision and intertwining new realities. There is a magnificent supernatural web that connects everything, and acknowledging it brings glory to the Father.

And so as we advance, the new standards become the next highest branch on the Tree of Life. With each new revelation, yesterday’s mishaps are no longer excusable, yesterday’s ignorance is no longer tolerable, and yesterday’s increase is no longer the utmost. We climb each successive branch toward the top of the Tree of Life to the throne room of the King (the highest branch, “Keter” which means the “crown” or “I Am” branch), where His Son sits at His right hand and the Holy Spirit at His left in His Heavenly Courtroom.

And of the longest branch heading towards Keter, we find that which represents the body (totality of thoughts) that Yahweh decrees for His chosen children, and goes by the name “Tifereth.” It means “beauty; glory; or glorious.” It inspires thoughts that will cause you to proclaim the very essence of its meaning; “That is so beautiful.” Yahweh’s truth is beautiful. It is the expression of the wisdom, vision, and the new reality that you are now capable of perceiving.

In that beauty you are taken to an even higher place and deeper revelation. New doors open and you receive more clarity from the voice within, from the mind of the Messiah. “Take the next step,” it whispers. “There is another branch waiting.” Then everything changes loved one, everything changes.

The Woman I would Never Date 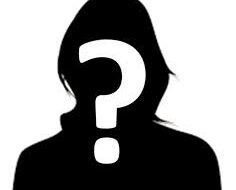 The Woman I would Never Date

1 Now there was a wealthy and influential man in Bethlehem named Boaz, who was a relative of Naomi’s husband, Elimelech.

2 One day Ruth the Moabite said to Naomi, “Let me go out into the harvest fields to pick up the stalks of grain left behind by anyone who is kind enough to let me do it.”

Naomi replied, “All right, my daughter, go ahead.” 3 So Ruth went out to gather grain behind the harvesters. And as it happened, she found herself working in a field that belonged to Boaz, the relative of her father-in-law, Elimelech.

4 While she was there, Boaz arrived from Bethlehem and greeted the harvesters. “The Lord be with you!” he said.

“The Lord bless you!” the harvesters replied.

5 Then Boaz asked his foreman, “Who is that young woman over there? Who does she belong to?”

6 And the foreman replied, “She is the young woman from Moab who came back with Naomi. 7 She asked me this morning if she could gather grain behind the harvesters. She has been hard at work ever since, except for a few minutes’ rest in the shelter.”

8 Boaz went over and said to Ruth, “Listen, my daughter. Stay right here with us when you gather grain; don’t go to any other fields. Stay right behind the young women working in my field. 9 See which part of the field they are harvesting, and then follow them. I have warned the young men not to treat you roughly. And when you are thirsty, help yourself to the water they have drawn from the well.”

10 Ruth fell at his feet and thanked him warmly. “What have I done to deserve such kindness?” she asked. “I am only a foreigner.”

11 “Yes, I know,” Boaz replied. “But I also know about everything you have done for your mother-in-law since the death of your husband. I have heard how you left your father and mother and your own land to live here among complete strangers. 12 May the Lord, the God of Israel, under whose wings you have come to take refuge, reward you fully for what you have done.”

13 “I hope I continue to please you, sir,” she replied. “You have comforted me by speaking so kindly to me, even though I am not one of your workers.”

14 At mealtime Boaz called to her, “Come over here, and help yourself to some food. You can dip your bread in the sour wine.” So she sat with his harvesters, and Boaz gave her some roasted grain to eat. She ate all she wanted and still had some left over.

15 When Ruth went back to work again, Boaz ordered his young men, “Let her gather grain right among the sheaves without stopping her. 16 And pull out some heads of barley from the bundles and drop them on purpose for her. Let her pick them up, and don’t give her a hard time!”

17 So Ruth gathered barley there all day, and when she beat out the grain that evening, it filled an entire basket.[a] 18 She carried it back into town and showed it to her mother-in-law. Ruth also gave her the roasted grain that was left over from her meal.

So Ruth told her mother-in-law about the man in whose field she had worked. She said, “The man I worked with today is named Boaz.”

20 “May the Lord bless him!” Naomi told her daughter-in-law. “He is showing his kindness to us as well as to your dead husband.[b] That man is one of our closest relatives, one of our family redeemers.”

21 Then Ruth[c] said, “What’s more, Boaz even told me to come back and stay with his harvesters until the entire harvest is completed.”

22 “Good!” Naomi exclaimed. “Do as he said, my daughter. Stay with his young women right through the whole harvest. You might be harassed in other fields, but you’ll be safe with him.”

23 So Ruth worked alongside the women in Boaz’s fields and gathered grain with them until the end of the barley harvest. Then she continued working with them through the wheat harvest in early summer. And all the while she lived with her mother-in-law. 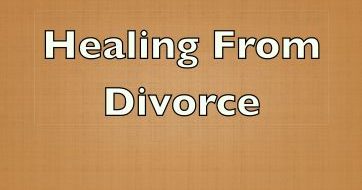