Why Joseph Israel Cut His Dreadlocks after 17 Years 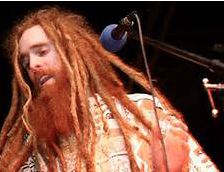 Why Joseph Israel Cut His Dreadlocks after 17 Years

Join Host Paul Nison and 9 other guests as we fellowship and discuss Bible topics.

Paul Nison and 9 other guest talk about bible topics.

Torah Portion #42 Mattot (Numbers 30:2-32:42)
Here is the Torah Teaching from Paul Nison for this Shabbat

Here is the Torah Teaching from Teddy Wilson for this Shabbat

The Spouse Who Doesn’t Keep Torah

Here is a google hangout video interview I did with Donna. She talks about how to deal with a spouse who doesn’t keep torah and the way to handle the situation according to Yeshua.

How Christians Should Dress

As Believers in Yeshua, Christians should dress more modest and be set-apart from the world.

You can order this full 1 hour DVD at:
https://www.rawlife.com/store/A-Call-to-Modesty-for-Men-and-Women.html

http://www.torahlife.tv Chris Knight talks about how he went from a Christian Youth to a Torah youth. His website is http://oasislc.org

The World Takes Pride In Being Naked

How we dress says who we are. The world today enjoys immodesty and don’t realize shame and nakedness go together according to the Scriptures. You can get the full teaching of this video on DVD at this link: