Genesis 22 The Resurrection of Isaac

Genesis 22 The Resurrection of Isaac 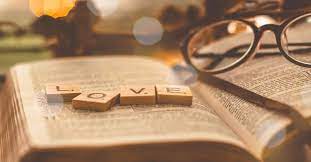 Getting The Shot Is Not A Lack Of Faith 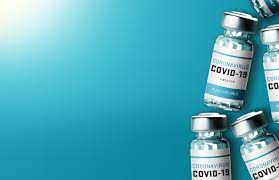 Getting The Shot Is Not A Lack Of Faith

4 Things You Can Do To Protect Your Body From Covid

Get 10% if you are a member of
https://www.rawlifehealthshow.com/

Valasta is the high-quality, potent, Astaxanthin for patients suffering from arthritis, diabetes, cancer, and other inflammatory diseases causing debilitating pain who want to live the pain-free and healthy life they hope for. Backed by years of scientific research conducted by the National Institute of Health as well as various universities across the United States, Astaxanthin has gained a steady rise in popularity and following among people who are suffering from arthritis, diabetes, cancer, and other inflammatory ailments. These are men and women who are suffering and would like to experience pain-free living and the joy of living the improved quality of life they deserve. Astaxanthin is the strongest antioxidant and anti-inflammatory in existence, 1000 times stronger than aspirin. Astaxanthin lowers blood sugar levels. Astaxanthin lowers LDL cholesterol. Astaxanthin is a carotenoid that occurs naturally in certain algae. It is used as a supplement, but also in food and agriculture.

The Truth About Hanukkah and The Maccabees

You can get a copy of The Maccabees – an Improved Translation, by contacting us at Sabbath Keepers Fellowship & Prison Ministry: Phone – (903) 489-1930

Every penny they receive goes to supporting our brothers and sisters in prisons across the USA. 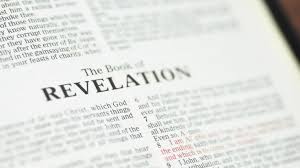 by tlmadmin on November 06, 2021 in with No Comments
Revelation 19
New Living Translation

Songs of Victory in Heaven

19 After this, I heard what sounded like a vast crowd in heaven shouting,

“Praise the Lord![a]
Salvation and glory and power belong to our God.
2 His judgments are true and just.
He has punished the great prostitute
who corrupted the earth with her immorality.
He has avenged the murder of his servants.”

3 And again their voices rang out:

“Praise the Lord!
The smoke from that city ascends forever and ever!”

4 Then the twenty-four elders and the four living beings fell down and worshiped God, who was sitting on the throne. They cried out, “Amen! Praise the Lord!”

5 And from the throne came a voice that said,

“Praise our God,
all his servants,
all who fear him,
from the least to the greatest.”

6 Then I heard again what sounded like the shout of a vast crowd or the roar of mighty ocean waves or the crash of loud thunder:

“Praise the Lord!
For the Lord our God,[b] the Almighty, reigns.
7 Let us be glad and rejoice,
and let us give honor to him.
For the time has come for the wedding feast of the Lamb,
and his bride has prepared herself.
8 She has been given the finest of pure white linen to wear.”
For the fine linen represents the good deeds of God’s holy people.

9 And the angel said to me, “Write this: Blessed are those who are invited to the wedding feast of the Lamb.” And he added, “These are true words that come from God.”

10 Then I fell down at his feet to worship him, but he said, “No, don’t worship me. I am a servant of God, just like you and your brothers and sisters[c] who testify about their faith in Jesus. Worship only God. For the essence of prophecy is to give a clear witness for Jesus.[d]”

The Rider on the White Horse

11 Then I saw heaven opened, and a white horse was standing there. Its rider was named Faithful and True, for he judges fairly and wages a righteous war. 12 His eyes were like flames of fire, and on his head were many crowns. A name was written on him that no one understood except himself. 13 He wore a robe dipped in blood, and his title was the Word of God. 14 The armies of heaven, dressed in the finest of pure white linen, followed him on white horses. 15 From his mouth came a sharp sword to strike down the nations. He will rule them with an iron rod. He will release the fierce wrath of God, the Almighty, like juice flowing from a winepress. 16 On his robe at his thigh[e] was written this title: King of all kings and Lord of all lords.

17 Then I saw an angel standing in the sun, shouting to the vultures flying high in the sky: “Come! Gather together for the great banquet God has prepared. 18 Come and eat the flesh of kings, generals, and strong warriors; of horses and their riders; and of all humanity, both free and slave, small and great.”

19 Then I saw the beast and the kings of the world and their armies gathered together to fight against the one sitting on the horse and his army. 20 And the beast was captured, and with him the false prophet who did mighty miracles on behalf of the beast—miracles that deceived all who had accepted the mark of the beast and who worshiped his statue. Both the beast and his false prophet were thrown alive into the fiery lake of burning sulfur. 21 Their entire army was killed by the sharp sword that came from the mouth of the one riding the white horse. And the vultures all gorged themselves on the dead bodies. 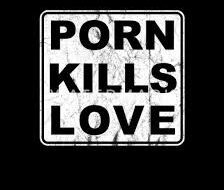 by tlmadmin on November 04, 2021 in with No Comments
Revelation 17
New Living Translation

17 One of the seven angels who had poured out the seven bowls came over and spoke to me. “Come with me,” he said, “and I will show you the judgment that is going to come on the great prostitute, who rules over many waters. 2 The kings of the world have committed adultery with her, and the people who belong to this world have been made drunk by the wine of her immorality.”

3 So the angel took me in the Spirit[a] into the wilderness. There I saw a woman sitting on a scarlet beast that had seven heads and ten horns, and blasphemies against God were written all over it. 4 The woman wore purple and scarlet clothing and beautiful jewelry made of gold and precious gems and pearls. In her hand she held a gold goblet full of obscenities and the impurities of her immorality. 5 A mysterious name was written on her forehead: “Babylon the Great, Mother of All Prostitutes and Obscenities in the World.” 6 I could see that she was drunk—drunk with the blood of God’s holy people who were witnesses for Jesus. I stared at her in complete amazement.

7 “Why are you so amazed?” the angel asked. “I will tell you the mystery of this woman and of the beast with seven heads and ten horns on which she sits. 8 The beast you saw was once alive but isn’t now. And yet he will soon come up out of the bottomless pit[b] and go to eternal destruction. And the people who belong to this world, whose names were not written in the Book of Life before the world was made, will be amazed at the reappearance of this beast who had died.

9 “This calls for a mind with understanding: The seven heads of the beast represent the seven hills where the woman rules. They also represent seven kings. 10 Five kings have already fallen, the sixth now reigns, and the seventh is yet to come, but his reign will be brief.

11 “The scarlet beast that was, but is no longer, is the eighth king. He is like the other seven, and he, too, is headed for destruction. 12 The ten horns of the beast are ten kings who have not yet risen to power. They will be appointed to their kingdoms for one brief moment to reign with the beast. 13 They will all agree to give him their power and authority. 14 Together they will go to war against the Lamb, but the Lamb will defeat them because he is Lord of all lords and King of all kings. And his called and chosen and faithful ones will be with him.”

15 Then the angel said to me, “The waters where the prostitute is ruling represent masses of people of every nation and language. 16 The scarlet beast and his ten horns all hate the prostitute. They will strip her naked, eat her flesh, and burn her remains with fire. 17 For God has put a plan into their minds, a plan that will carry out his purposes. They will agree to give their authority to the scarlet beast, and so the words of God will be fulfilled. 18 And this woman you saw in your vision represents the great city that rules over the kings of the world.”