This year, a billion or more people who identify themselves as Christian will celebrate Easter. The week before, a far smaller number will observe Passover.

How do these two scenarios compare? On the one hand, we have a fun-filled Easter egg hunt, Easter bunnies galore and an Easter Sunday sunrise service. On the other, a solemn Passover service that typically includes participants washing one another’s feet and partaking of unleavened bread and wine.

Easter seems more fun, more joyous; Passover seems old-fashioned and more serious. These are some differences that are obvious on the surface. Many other differences aren’t so obvious.

A valid replacement?
Have you ever compared the meanings and symbols of Passover and Easter? Have you ever asked what God thinks of the two?

If you celebrate Easter with sincerity (and many millions do), you likely regard Easter as a religious holiday that superseded the archaic Old Testament Passover. After all, that’s what most churches teach—that Easter has replaced the Passover. But is there more to the story than that?

Even the Catholic Encyclopedia acknowledges that Jesus and His apostles never celebrated Easter, observing instead the seventh-day Sabbath and the annual festivals of God, including the Passover, all listed in Leviticus 23 and mentioned in many other places in Scripture ( New Catholic Encyclopedia, Vol. 5, 1967, p. 867, “Early Christian Feasts”).

You might have heard that Easter came from pagan origins but may have simply dismissed this as irrelevant. After all, God surely wouldn’t mind if you celebrated this holiday to honor Him, would He? Yet He does mind. The Bible clearly states that God wants to be worshipped according to the way He instructs in the Scriptures (see Deuteronomy 12:29-32).

Has Easter, in fact, replaced Passover as a Christian obligation, sacred because so many people keep it and because it was sanctioned by the universal church? Additionally, does Passover keep the Jews (and those Christians who insist on observing it) in darkness, unable to receive the grace and life of Jesus Christ?

Jesus observed the Passover, not Easter, with His apostles, instructing them to continue to observe it and teach it to the Church and declaring that when He returns, He will observe it again with His true followers (Matthew 26:26-29).

Easter, even the very name, finds its origins in the worship of an ancient fertility goddess, Ishtar (or Ashtoreth as she was called in Israel during Bible times—1 Kings 11:5, 33; 2 Kings 23:13). She was worshipped in many ancient nations, which helps explain the origins of the Easter egg, a fertility symbol associated with this goddess (Alexander Hislop, The Two Babylons, 1959, pp. 103, 109).

There was another church that emerged after the early New Testament Church, one that began as an alternative to the original Jewish-Christian church of Jerusalem. Over time it appeased, negotiated, reconciled and pacified the pagans into accepting a nominal form of Christianity; and by replacing the Bible’s religious observances with popular idolatrous celebrations, it merged paganism and Christianity into a new religion.

Instead of easter, consider the Hebrew Roots of Yeshua. Read what the Bible really has to say about this Holiday and how the religion of christianity changed it.

The Foundation of Scripture

The first 5 books of the Bible are the foundation of all Scripture. Learn how to build a better relationship with Yehsua

This is the teaching by Paul Nison for this Torah Portion

This is the teaching by Teddy Wilson for this Torah Portion 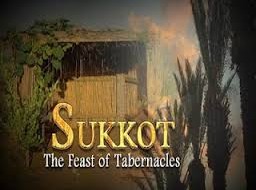 This year I will be celebrating the feast of Tabernacles in Missouri. In this video I interview the organizer Tim Kelley. For more information about this event visit http://www.sooj.org 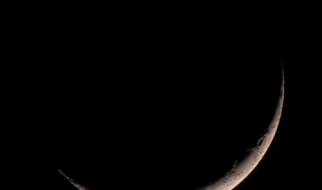 Having fun with the children at Sukkot 2012

We had a great time at Sukkot 2012 in Glen Rose Texas.

If you are a Christian, please see this video.

If you are a Christian looking to explore the Torah Life, welcome. Please see this important video and check out the videos in the category on this website called, “For Christians”
As believers we have been giving instructions of the way to follow Messiah. What way will you Choose?
It says in Matthew 6:21, “Wherever your treasure is, there the desires of your heart will also be.”