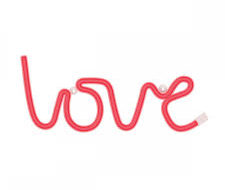 A conversation about submission

Amy Guenther and Paul Nison have a conversation about submission according to the Bible and other relationship topics. Amy’s website is https://torahsisters.com/

What Submission Means According to the Bible

What Submission Means According to the Bible

Preparations for Building the Temple

1 [a]King Hiram of Tyre had always been a loyal friend of David. When Hiram learned that David’s son Solomon was the new king of Israel, he sent ambassadors to congratulate him.

2 Then Solomon sent this message back to Hiram:

6 “Therefore, please command that cedars from Lebanon be cut for me. Let my men work alongside yours, and I will pay your men whatever wages you ask. As you know, there is no one among us who can cut timber like you Sidonians!”

7 When Hiram received Solomon’s message, he was very pleased and said, “Praise the Lord today for giving David a wise son to be king of the great nation of Israel.” 8 Then he sent this reply to Solomon:

“I have received your message, and I will supply all the cedar and cypress timber you need. 9 My servants will bring the logs from the Lebanon mountains to the Mediterranean Sea[b] and make them into rafts and float them along the coast to whatever place you choose. Then we will break the rafts apart so you can carry the logs away. You can pay me by supplying me with food for my household.”

10 So Hiram supplied as much cedar and cypress timber as Solomon desired. 11 In return, Solomon sent him an annual payment of 100,000 bushels[c] of wheat for his household and 110,000 gallons[d] of pure olive oil. 12 So the Lord gave wisdom to Solomon, just as he had promised. And Hiram and Solomon made a formal alliance of peace.

13 Then King Solomon conscripted a labor force of 30,000 men from all Israel.14 He sent them to Lebanon in shifts, 10,000 every month, so that each man would be one month in Lebanon and two months at home. Adoniram was in charge of this labor force. 15 Solomon also had 70,000 common laborers, 80,000 quarry workers in the hill country, 16 and 3,600[e] foremen to supervise the work. 17 At the king’s command, they quarried large blocks of high-quality stone and shaped them to make the foundation of the Temple. 18 Men from the city of Gebal helped Solomon’s and Hiram’s builders prepare the timber and stone for the Temple.