The Spiritual Covering of Modesty

The Spiritual Covering of Modesty

by tlmadmin on February 04, 2021 in with No Comments
This topic will offend many people but Yahweh has put it on my heart to share it and I do believe society will be blessed if women wore modest long skirts instead of pants.
It is not my goal to convince you to agree with me, but it is my responsibility to share scriptural principles from the Bible. What you do with that is up to you. Shalom
Share on Twitter
Share

Woman wearing a bikini was arrested in the Maldives

by tlmadmin on February 07, 2020 in with No Comments
I teach about the Bible, I teach about Modesty according to the bible. Not many people agree with what the Bible says about modesty. I had to make a video about this that happened recently.
Anyone who has seen this and feels bad for this woman please repent. She is GUILTY!!! and deserved to be arrested for breaking the law. Thankfully some areas of the world still still to Yahweh’s standards of modesty according to our creator.
If anyone has any issue with anything I said in this video, you need to take it up with Yahweh because I am just expressing a very important principle from HIS WORD!

Woman wearing a bikini was arrested in the Maldives

The Truth About the Way Women Dress

Women are dressing in a way that is causing men to sin! Most women don’t even think about it, while other women defend their actions and say men should not look if it causes an issue.

Ladies, I understand all of you are not guilty of this, but please understand, the motive of your heart does not change the effect of your appearance.

For a woman to feel she has to show off her body to be accepted or loved is very sad. Much of it is the result of Hollywood, Television etc.

You can email Jaime, the woman in this interview here:
71sunflowers@gmail.com 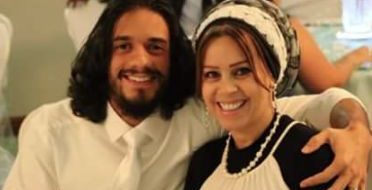 Modesty In The Church (Audio Only)

The dress code of the bible is clear in scripture. Either people aren’t reading their Bibles or people missed something. In this message I let people know the truth about how wrong it is to depart from Yahweh’s dress code.

Dress Code at Church or Assembly

Also See my video Modesty According To The Scriptures
https://www.youtube.com/watch?v=nCyIuE4QdYY

A discussion on modesty

Here is a broadcast I did on a local Christian radio station.

Cursed is the man who does not obey the words of this covenant – Jeremiah 11:3 In this audio I talk bout the curses for not obeying God.