Does Yahweh hate sinners? This is a lecture I recently gave in Phoenix Arizona.

Join host Paul Nison and 9 other guests as we fellowship and discuss bible topics.

What Does Covenant Mean mike clayton

Bible teaching Michael Clayton talks about what covenant in the Bible means.

The Bible tells us what diet is best for man. Why are so many believers sick? Because they are not following his plan. This video is a clip from my 1 hour DVD, “Health According to The Scriptures” you can order the DVD at this link:
http://www.rawlife.com/store/-DVD-Health-According-to-The-Scriptures-by-Paul-Nison-2013-60-minutes.html

Gentiles and The Law

Are there any Scriptures that say Gentiles do not need to keep the law? Do we even know what the law is? This video will reveal the answer to both questions and more.

Dean Wheelock answers the question. You can view his website at http://www.hebrewroots.net 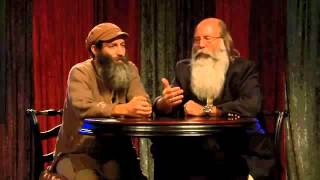 Bible Teacher Michael Rood explains what Babylon is and why we must avoid and/or escape Babylon if we want to be healthy.

If you don’t know Michael Rood, he is an excellent Bible teacher. His website is http://aroodawakening.tv Here In this video we took a tour of his studio right before one of the great events he offers.

This video was taking at Shavuot 2012 Michael Rood studios in Charlotte North Carolina.