Many Christians today use the term grace vs law. You cannot have one without the other. The Bible promotes a concept of grace and mercy for those who desire to do the works of God, known as the Torah.

We were out preaching tonight and this man had such an amazing story we let him share it with the world. Praise Yahweh!

Would Yeshua (Jesus) Get High?

Is it okay according to the Bible to smoke pot? The answer could be answered with one simple question, would Yehsua Messiah do it?

Is Kidnapping Women During War Biblical?

The Bible says the punishment for kidnapping is death. But what about taking women to marry them during war? This is what terrorist organizations are doing. The world thinks it is a crime, but what does the Bible say about this and other controversial topics. We discuss this in this video. 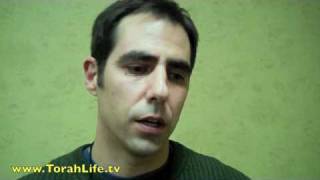 Today Author Joel Richardson explains about Muslims and their mindset about the end times. He explains how to talk to Muslims and the differences of the Bible and the Quran. His teaching about the Islamic AntiChrist was featured on The Glen Beck show yesterday and his Videos and Books go into great detail about these issues. I just added his products to my webstore at http://www.rawlife.com just do a search with his name and you will find them. Enjoy today’s video and post your questions or comments below. Shalom.