Flesh Eating Plaque The Beginning To The 2nd Exodus

Flesh Eating Plaque The Beginning To The 2nd Exodus

A Lampstand and Two Olive Trees

1 Then the angel who had been talking with me returned and woke me, as though I had been asleep. 2 “What do you see now?” he asked.

I answered, “I see a solid gold lampstand with a bowl of oil on top of it. Around the bowl are seven lamps, each having seven spouts with wicks. 3 And I see two olive trees, one on each side of the bowl.” 4 Then I asked the angel, “What are these, my lord? What do they mean?”

6 Then he said to me, “This is what the Lord says to Zerubbabel: It is not by force nor by strength, but by my Spirit, says the Lord of Heaven’s Armies. 7 Nothing, not even a mighty mountain, will stand in Zerubbabel’s way; it will become a level plain before him! And when Zerubbabel sets the final stone of the Temple in place, the people will shout: ‘May God bless it! May God bless it!’[a]”

8 Then another message came to me from the Lord: 9 “Zerubbabel is the one who laid the foundation of this Temple, and he will complete it. Then you will know that the Lord of Heaven’s Armies has sent me. 10 Do not despise these small beginnings, for the Lord rejoices to see the work begin, to see the plumb line in Zerubbabel’s hand.”

(The seven lamps[b] represent the eyes of the Lord that search all around the world.)

11 Then I asked the angel, “What are these two olive trees on each side of the lampstand, 12 and what are the two olive branches that pour out golden oil through two gold tubes?”

14 Then he said to me, “They represent the two anointed ones[c] who stand in the court of the Lord of all the earth.”

1 “Comfort, comfort my people,”
says your God.
2 “Speak tenderly to Jerusalem.
Tell her that her sad days are gone
and her sins are pardoned.
Yes, the Lord has punished her twice over
for all her sins.”

3 Listen! It’s the voice of someone shouting,
“Clear the way through the wilderness
for the Lord!
Make a straight highway through the wasteland
for our God!
4 Fill in the valleys,
and level the mountains and hills.
Straighten the curves,
and smooth out the rough places.
5 Then the glory of the Lord will be revealed,
and all people will see it together.
The Lord has spoken!”[a]

9 O Zion, messenger of good news,
shout from the mountaintops!
Shout it louder, O Jerusalem.[b]
Shout, and do not be afraid.
Tell the towns of Judah,
“Your God is coming!”
10 Yes, the Sovereign Lord is coming in power.
He will rule with a powerful arm.
See, he brings his reward with him as he comes.
11 He will feed his flock like a shepherd.
He will carry the lambs in his arms,
holding them close to his heart.
He will gently lead the mother sheep with their young.

The Lord Has No Equal

12 Who else has held the oceans in his hand?
Who has measured off the heavens with his fingers?
Who else knows the weight of the earth
or has weighed the mountains and hills on a scale?
13 Who is able to advise the Spirit of the Lord?[c]
Who knows enough to give him advice or teach him?
14 Has the Lord ever needed anyone’s advice?
Does he need instruction about what is good?
Did someone teach him what is right
or show him the path of justice?

15 No, for all the nations of the world
are but a drop in the bucket.
They are nothing more
than dust on the scales.
He picks up the whole earth
as though it were a grain of sand.
16 All the wood in Lebanon’s forests
and all Lebanon’s animals would not be enough
to make a burnt offering worthy of our God.
17 The nations of the world are worth nothing to him.
In his eyes they count for less than nothing—
mere emptiness and froth.

18 To whom can you compare God?
What image can you find to resemble him?
19 Can he be compared to an idol formed in a mold,
overlaid with gold, and decorated with silver chains?
20 Or if people are too poor for that,
they might at least choose wood that won’t decay
and a skilled craftsman
to carve an image that won’t fall down!

21 Haven’t you heard? Don’t you understand?
Are you deaf to the words of God—
the words he gave before the world began?
Are you so ignorant?
22 God sits above the circle of the earth.
The people below seem like grasshoppers to him!
He spreads out the heavens like a curtain
and makes his tent from them.
23 He judges the great people of the world
and brings them all to nothing.
24 They hardly get started, barely taking root,
when he blows on them and they wither.
The wind carries them off like chaff.

26 Look up into the heavens.
Who created all the stars?
He brings them out like an army, one after another,
calling each by its name.
Because of his great power and incomparable strength,
not a single one is missing.
27 O Jacob, how can you say the Lord does not see your troubles?
O Israel, how can you say God ignores your rights?
28 Have you never heard?
Have you never understood?
The Lord is the everlasting God,
the Creator of all the earth.
He never grows weak or weary.
No one can measure the depths of his understanding.
29 He gives power to the weak
and strength to the powerless.
30 Even youths will become weak and tired,
and young men will fall in exhaustion.
31 But those who trust in the Lord will find new strength.
They will soar high on wings like eagles.
They will run and not grow weary.
They will walk and not faint.

The link for the raw food retreat
http://www.healthwatchman.com/florida-raw-retreat/

The Link for The Truth About Cancer
http://go.thetruthaboutcancer.online/agq-encore/?a_bid=428c70e1&chan=trailer&a_aid=1621464 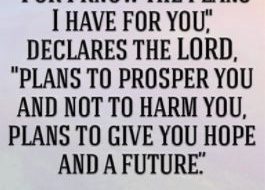 Interview with Zach Bauer of New2Torah

Interview with Zach Bauer of New2Torah