by tlmadmin on July 02, 2021 in with No Comments
It’s important to be modesty. We all need to especially be careful when and where we fellowship and how we present ourselves before Yahweh.
Share on Twitter
Share 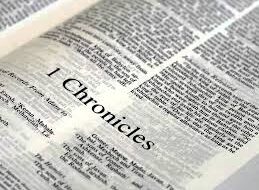 Duties of the Priests

24 This is how Aaron’s descendants, the priests, were divided into groups for service. The sons of Aaron were Nadab, Abihu, Eleazar, and Ithamar. 2 But Nadab and Abihu died before their father, and they had no sons. So only Eleazar and Ithamar were left to carry on as priests.

5 All tasks were assigned to the various groups by means of sacred lots so that no preference would be shown, for there were many qualified officials serving God in the sanctuary from among the descendants of both Eleazar and Ithamar. 6 Shemaiah son of Nethanel, a Levite, acted as secretary and wrote down the names and assignments in the presence of the king, the officials, Zadok the priest, Ahimelech son of Abiathar, and the family leaders of the priests and Levites. The descendants of Eleazar and Ithamar took turns casting lots.

19 Each group carried out its appointed duties in the house of the Lord according to the procedures established by their ancestor Aaron in obedience to the commands of the Lord, the God of Israel.

Family Leaders among the Levites

20 These were the other family leaders descended from Levi:

These were the descendants of Levi in their various families. 31 Like the descendants of Aaron, they were assigned to their duties by means of sacred lots, without regard to age or rank. Lots were drawn in the presence of King David, Zadok, Ahimelech, and the family leaders of the priests and the Levites. 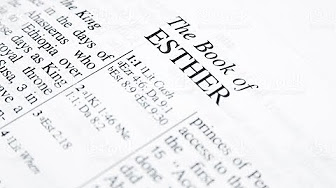 The Victory of the Jewish People

9 So on March 7[a] the two decrees of the king were put into effect. On that day, the enemies of the Jews had hoped to overpower them, but quite the opposite happened. It was the Jews who overpowered their enemies. 2 The Jews gathered in their cities throughout all the king’s provinces to attack anyone who tried to harm them. But no one could make a stand against them, for everyone was afraid of them. 3 And all the nobles of the provinces, the highest officers, the governors, and the royal officials helped the Jews for fear of Mordecai. 4 For Mordecai had been promoted in the king’s palace, and his fame spread throughout all the provinces as he became more and more powerful.

5 So the Jews went ahead on the appointed day and struck down their enemies with the sword. They killed and annihilated their enemies and did as they pleased with those who hated them. 6 In the fortress of Susa itself, the Jews killed 500 men. 7 They also killed Parshandatha, Dalphon, Aspatha, 8 Poratha, Adalia, Aridatha, 9 Parmashta, Arisai, Aridai, and Vaizatha— 10 the ten sons of Haman son of Hammedatha, the enemy of the Jews. But they did not take any plunder.

11 That very day, when the king was informed of the number of people killed in the fortress of Susa, 12 he called for Queen Esther. He said, “The Jews have killed 500 men in the fortress of Susa alone, as well as Haman’s ten sons. If they have done that here, what has happened in the rest of the provinces? But now, what more do you want? It will be granted to you; tell me and I will do it.”

13 Esther responded, “If it please the king, give the Jews in Susa permission to do again tomorrow as they have done today, and let the bodies of Haman’s ten sons be impaled on a pole.”

14 So the king agreed, and the decree was announced in Susa. And they impaled the bodies of Haman’s ten sons. 15 Then the Jews at Susa gathered together on March 8[b] and killed 300 more men, and again they took no plunder.

16 Meanwhile, the other Jews throughout the king’s provinces had gathered together to defend their lives. They gained relief from all their enemies, killing 75,000 of those who hated them. But they did not take any plunder. 17 This was done throughout the provinces on March 7, and on March 8 they rested,[c] celebrating their victory with a day of feasting and gladness. 18 (The Jews at Susa killed their enemies on March 7 and again on March 8, then rested on March 9,[d] making that their day of feasting and gladness.) 19 So to this day, rural Jews living in remote villages celebrate an annual festival and holiday on the appointed day in late winter,[e] when they rejoice and send gifts of food to each other.

The Festival of Purim

20 Mordecai recorded these events and sent letters to the Jews near and far, throughout all the provinces of King Xerxes, 21 calling on them to celebrate an annual festival on these two days.[f] 22 He told them to celebrate these days with feasting and gladness and by giving gifts of food to each other and presents to the poor. This would commemorate a time when the Jews gained relief from their enemies, when their sorrow was turned into gladness and their mourning into joy.

23 So the Jews accepted Mordecai’s proposal and adopted this annual custom. 24 Haman son of Hammedatha the Agagite, the enemy of the Jews, had plotted to crush and destroy them on the date determined by casting lots (the lots were called purim). 25 But when Esther came before the king, he issued a decree causing Haman’s evil plot to backfire, and Haman and his sons were impaled on a sharpened pole. 26 That is why this celebration is called Purim, because it is the ancient word for casting lots.

So because of Mordecai’s letter and because of what they had experienced, 27 the Jews throughout the realm agreed to inaugurate this tradition and to pass it on to their descendants and to all who became Jews. They declared they would never fail to celebrate these two prescribed days at the appointed time each year. 28 These days would be remembered and kept from generation to generation and celebrated by every family throughout the provinces and cities of the empire. This Festival of Purim would never cease to be celebrated among the Jews, nor would the memory of what happened ever die out among their descendants.

29 Then Queen Esther, the daughter of Abihail, along with Mordecai the Jew, wrote another letter putting the queen’s full authority behind Mordecai’s letter to establish the Festival of Purim. 30 Letters wishing peace and security were sent to the Jews throughout the 127 provinces of the empire of Xerxes. 31 These letters established the Festival of Purim—an annual celebration of these days at the appointed time, decreed by both Mordecai the Jew and Queen Esther. (The people decided to observe this festival, just as they had decided for themselves and their descendants to establish the times of fasting and mourning.) 32 So the command of Esther confirmed the practices of Purim, and it was all written down in the records.

Why Should We Fear God

Why Should We Fear God

Rabbi Tovia Singer has a ministry called Outreach Judaism and tries to teach people Yeshua (Jesus) is not the Messiah. This video is a public call to repent to Tovia Singer and a warning.

Child Abuse According to Scripture

Child Abuse According to Scripture

Does God When Christians Drinking Alcohol?

Does God When Christians Drinking Alcohol?