This Happens Before Abortion

This Happens Before Abortion

Killing Babies Is Worse Than War. Where is the media coverage

by tlmadmin on February 25, 2022 in with No Comments
Foolish people, you want to cry for the underdog in a war of man. You say you care so much for human life that will be lost, while at the same time you condone and accept the murder of thousands of babies every day via abortion, Hypocrites!
If the media today focused on the thousands of innocent babies being murdered each day instead of the much fewer people dying as a result of war, there is a good chance we wouldn’t be in this situation.
The news reporting the number of people killed in one day by the war but at the same time ignoring the number of people being murdered each day by abortion is a great example of how much people devalue human life and are just looking to jump on the popular band wangan and putting on an act that they care for human life. Stop fooling yourself, if you allow the death of babies you don’t care about human life.
There will always be wars in this world, but the real war we should be concerned about is the spiritual war that is taking place right now also.
1 Timothy 6:12 “Fight the good fight of the faith. Take hold of the eternal life to which you were called when you made your good confession in the presence of many witnesses.”
James 4:1-2 “What causes fights and quarrels among you? Don’t they come from your desires that battle within you? You desire but do not have, so you kill. You covet but you cannot get what you want, so you quarrel and fight. You do not have because you do not ask God.”
1 Peter 2:11 “Beloved, I urge you as sojourners and exiles to abstain from the passions of the flesh, which wage war against your soul.”
Share on Twitter
Share

No exceptions for abortion, EVER!!! Reply to Donald Trump

Even in the case of rape, incest or protecting the life of the mother, the Bible is clear, there should be no excuse ever for allowing abortion.

The Truth About Abortion

The Truth About Abortion
Here is a link to the movie website https://www.unplannedfilm.com/ 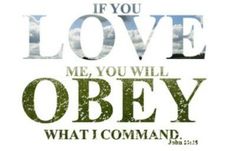